Finland’s Erja Lyytinen is like Sinéad O’Connor without the buzzed head, and Yoko Ono without all the nonstop screaming. Without a doubt, she’s talented and avant-garde, taking her preferred genres of soul and blues rock to mysterious new places. Unfortunately, they could be a little too mysterious, as none of the eleven songs on her new album, Stolen Hearts, sounds traditional. More often than not, the blues is like fan fiction on the Internet. It relies upon familiarity and tropes. There are tons of love songs, which is great for fans of nightclub and torch singing, and is also the number-one topic of blues tunes. On the other hand, when love and heartbreak are one’s sole subjects, one might wish Erja would have added some money and difficult-people songs, too.

Vocally, Lyytinen has genuine passion and energy, but her accent makes understanding the lyrics difficult. Instrumentally, everyone goes all out at the same time. Imagine an abstract painting, featuring lots of shapes in different colors. Or, for an example from Broadway, imagine Joseph’s Amazing Technicolor Dreamcoat®. There are so many hues to look at that it’s impossible to find one focal point, one shade that you might consider your favorite. So it is with the instrumentation on Stolen Hearts. As might be expected, the guitar leads the pack, but only by a nose. There are also keyboards, horns, drums, and other guitars to catch in your ears’ delicate nets. Who are the other musicians performing with Erja in this case? Good question. Here’s what her website says:

“With the exception of long-standing guitarist Davide Floreno, Lyytinen worked with a new group of musicians in Helsinki during the summer of 2016 and then proceeded to step even further outside of her comfort zone when multi-platinum selling engineer and producer Chris Kimsey agreed to participate in the sessions. Kimsey is best known for having worked on many of the biggest selling albums by The Rolling Stones but his CV also includes the likes of Led Zeppelin, Peter Frampton, Marillion, The Quireboys and The Psychedelic Furs among many others. Lyytinen was thrilled to fly to London to record her lead vocal tracks and then sit back and watch as the Englishman mixed the results at a studio called The State Of The Ark, equipped with a desk once owned by EMI.”

The last song on the album, although it isn’t blues, showcases Erja’s talent to a haunting degree. 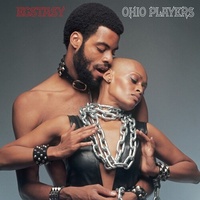