Sweden's preeminent jazz fusion band the Esbjörn Svensson Trio, named after the charismatic and inventive pianist, has been a sensation in Europe since the early '90s, capturing numerous Swedish Grammys (including one for Tuesday Wonderland long before its Stateside release), a French Grammy, and gold and platinum awards in their home country, Germany and France. But they deserve more than this -- a medal, actually -- for finding a unique blend of melodic jazz, classical, electronica and rock -- that has earned them an audience of both older jazz lovers and trendy hip-hop kids.

It speaks to the freshness of their vibe that their videos play regularly on MTV Scandinavia and they're the only European jazz band ever to grace the cover of Downbeat. Though there are traditional elements at work, Tuesday Wonderland thrives on being unconventional. On the opening track "Fading Maid Pendulum," just as it's hypnotizing with a gentle, classically tinged piano melody, Dan Berglund jumps in with a brooding, distorted heavy metal bass craziness and drummer Magnus Ostrom goes cymbal crazy. It's electro-ambient jazz gone mad.

The title track features Svensson's David Benoit-like, melodic dark-meets-light piano dichotomy over Ostrom's sharp, off-meter drums before some spacy electronica takes over for a spell. "Brewery of Beggars" is another inspired dose of insanity, darting from busy cymbal-piano swirls to softer, contemplative piano-bass moments. "Beggar's Blanket" puts those pesky beggars to sleep with a sweet, lullaby-like, straightforward trio ballad. The Pat Metheny-esque "Dolores in a Shoestand" explores the melodic and rhythmic potential of jazz, a vibe which extends to other enjoyably seductive pieces like "eighthundred Streets by Feet." "Goldwrap," on the other hand, is a marriage between trippy jazz and explosive trance music -- no wonder the kids love this stuff!

Listening to this disc is a gloriously schizophrenic experience that will appeal more to adventurous listeners than those who prefer one style to another. But it was a great introduction to what makes Europe tick in the early 2000s jazz-wise. 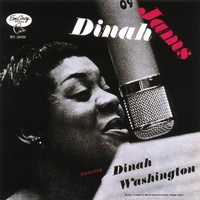