In 1977, the government of Nigeria had enough of Fela Kuti and decided to take evasive action on his walled-in residence that he called the Kalakuta Republic (Fela declared it a separate state). Over a thousand soldiers descended on the compound and savagely beat the residents. Fela himself escaped death (but not incarceration), but his activist mother was thrown through a window and broke her hip -- causing an injury that would take her life within that month. This prompted Fela to begin recording reactions to this event: Unkown Soldier, Sorrow, Tears, and Blood, and Coffin for Head of State were those reactions. "Coffin for Head of State" was an elegy for his lost mother, to whom he was very close. The song opens lackisdasically and never really steps to any sort of fire that many of his compositions contain. He starts singing with the lines "Amen, Amen, Amen...," but he continues to talk about how those that live "by the Grace of Almighty Lord" do wrong by their fellow man. He talks about walking through the cities of Africa and seeing those that do bad things by the "grace of Allah." Throughout the song his sadness grows: "Them kill my Mama/So I carry the coffin." He then directly blames Nigerian President Obasanjo for her death: "Obasnjo dey there/With him big fat stomach." "Coffin for Head of State" is the saddest in his repertoire. Fela has certainly dealt with sad issues in his songs, but here he deals with sadness in a very direct, morose personal way. [In 2000, MCA released Coffin for Head of State and Unknown Soldier as a two-fer.] 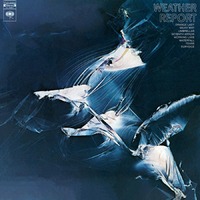