The Ghost Dance movement of 1890 was a new spiritual direction among North American Indian tribes, based on the belief that a circle dance could bring together the living and dead in meaningful and enriching communication. The metaphor provides a strong backing for the work of improvising duo Filippo Vignato and Hank Roberts, and for the sound of two ancient, classically associated instruments in a modernised context brought about by live electronic processing. In addition to such iconic albums as Black Pastels, Birds of Prey and Little Motor People, Hank Roberts has collaborated with virtually every significant figure in contemporary jazz and improvisation and was a member of the short-lived but influential string trio Arcado.

Trombonist Filippo Vignato has worked with trombone master Vinko Globokar and in bands as diverse as Ghost Horse and Zeno de Rossi Zenophilia; his album Harvesting Minds was released on CAM JAZZ in 2017. The two men have worked together before and their empathy is instantly audible from the very first notes played at the Le Vigne di Zamò winery in summer 2018, when this remarkable recording was made. Here is music that speaks equally from and to the past, and looks confidently into the future. 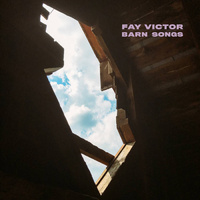