Super group Fourplay delivers another solid, straight-ahead meets contemporary jazz with the release of ESPIRIT DE FOUR. The follow up to 2010s LET'S TOUCH THE SKY, this is the second album to feature the groups newest member, guitarist Chuck Loeb. One of the more notable tracks on the album is the Bob James composition "Put Our Hearts Together" which he wrote for a concert in the region severely impacted by the devastating Japanese tsunami of 2011. 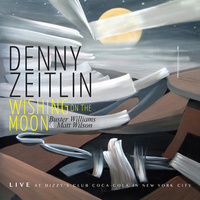