Originally released on January, 1994, Solomon’s Daughter’s includes bonus material of three powerful and passionate tracks from the original sessions which beautifully complement the overall theme and tone. Solomon’s Daughter’s re-issuing sees Messrs. Kiermyer and Sanders coming together to fuse their distinct techniques in the course of tracks that allow them to showcase their spirituality and virtuosity on their respective trademark instruments.

Mr. Sanders hearkens back to his powerful time with John Coltrane especially on the songs “If I Die Before I Wake” and “Three Jewels”. This release continued the legacy of the last few years of John Coltrane’s classic quartet without copying the music, echoing Love Supreme, Sun Ship & First Meditations. 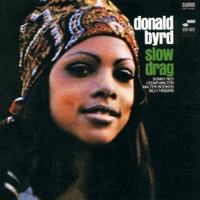