To celebrate this extraordinary group’s 10-year anniversary, the complete Palmetto label recordings of this enduring edition of the Fred Hersch Trio is now available in one generous package.

Spreading five lauded releases over six discs, with liner notes by Hersch and the award-winning music historian Ted Gioia, it’s a stunning testament to a telepathically interactive group the New Yorker has extolled for its meld of “high lyricism and high danger.” The set, simply titled The Fred Hersch Trio 10 Years / 6 Discs, includes three consecutive Hersch Trio albums—Floating, Sunday Night at the Vanguard and Live in Europe—that were each nominated for Grammy® Awards in the categories of Best Jazz Instrumental Album and Best Improvised Jazz Solo. In total, the box features:

Whirl (2010): On this, the trio’s first release, one can already hear the organic rapport that would later inspire the Chicago Tribune’s Howard Reich to call it “one of the most sensitive and nimble trios in jazz.” But in 2009, when the band coalesced, triumph wasn’t a certainty. Hersch had plenty of experience collaborating with stellar musicians in a trio setting, but he was also still recovering following the life-threatening AIDS-related illness that would inspire My Coma Dreams. The new band became crucial to Hersch’s reignition, the commencement of his historic second act.

Alive at the Vanguard (2012): Hersch’s third recording at jazz’s most hallowed venue, the Village Vanguard, Alive features expectedly delightful trio chemistry and a brilliantly versatile program: from Ornette, Sonny and Monk to songbook gems and, of course, plenty of Hersch’s aerodynamic original writing.

Floating (2014): This release boasts both the crystalline audio quality of a studio session—recorded and mixed by the great James Farber—and the engaging pacing and programming of one of the trio’s live sets. Along with two choice standards and an homage to Hersch’s hero Monk, it features a set of gripping Hersch originals with special dedications—to his mother and grandmother, the late pianist Shimrit Shoshan, Esperanza Spalding, Kevin Hays and other special people and places.

Sunday Night at the Vanguard (2016): Hersch’s fourth recording at the most important jazz venue in the world, Sunday Night is in many ways a tribute to Hersch’s history with that acoustically magical wedge-shaped basement club on 7th Ave S. The album, wrote Nate Chinen in the New York Times, “confirms that he’s still one of the most insightfully lyrical searchers in his field. It also underscores how his bond with the bassist John Hébert and the drummer Eric McPherson, while never less than strong, reaches a rarefied plane in this particular room.”

Live in Europe (2018): The pianist considers this concert document one of his “found object” releases—meaning that he and the trio didn’t know they were being recorded until after the fact. But the circumstances made for a gorgeous performance: As Hersch recalls in his liners, “It was the second-to-last concert of the trio’s three-week European tour in November of 2017. The band was in terrific playing form, the acoustics were perfect, the piano was outstanding and the recording was first-class.” 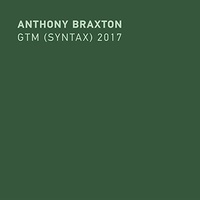