Digitally remastered edition of this 1990 album from the jazz pianist.

"This is the first album I've done with a working band," Fred begins. "There was the album, Horizons, with Marc Johnson and Joey Baron. But though we had played together with Toots Thielemans and in other rhythm section contexts, we never played as a trio. Michael Formanek and Jeff Hirshfield are contemporaries, which is a very important thing to me because we grew up listening to the same music. We've been in New York about the same amount of time. We've done all the sideman gigs, some of them together: Michael has played with people like Freddie Hubbard, Eddie Henderson, Tony Williams, Herbie Mann. Attila Zoller and Dave Liebman. Jeff also has played with a lot of people including Jim Hall, Randy Brecker and Eliane Elias, Penny Wallace and numerous big bands. We've been jazz mercenaries', as Jeff calls it. But, now this trio project is something that we're doing for us!" 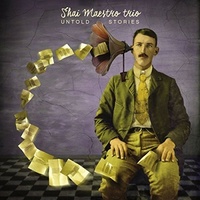