Given the late Fred Neil's near mythic reputation as a songwriter, singer, environmentalist, and recluse, the reissue of his 1965 album Bleecker & MacDougal is of historic importance. But rather than being an artifact of the man who wrote "Everybody's Talkin'," "Other Side to This Life" (which appears here), and "Dolphins," this album is made of the material that gave Neil his enigmatic presence. This is a highly evocative and emotionally charged set of material, nearly all of which Neil composed. The lineup on the album was similar to his previous outing with Vince Martin, and featured John Sebastian on harmonica, Felix Pappalardi on bass, and guitarist Pete Childs (who also played dobro and electric on the date -- the latter was heresy for a folk record), with Neil playing 12-string. The pace of the set is devastating, from the greasy blues of the title track to the strolling darkness of "Blues on the Ceiling," the jug band stomp of "Sweet Mama," and the balladic heraldry of "Little Bit of Rain," a dynamic Tim Buckley would bring his own magic to as he emulated it a few years later. In addition, there's the tough Chicago blues meets California swagger of "Country Boy," which Mike Bloomfield and Paul Butterfield would perfect two scant years later. "Other Side to This Life" is its own elegiac painting in sound, with glistening dirge-like textures caressed by Neil's baritone. The tough, battered "Travelin' Shoes" is an early example of folk-rock with a big accent on the word "rock." Yet, on the album's lone cover, a gorgeously wrought and multi-textured rendition of "The Water Is Wide," Neil added spare, haunting jazz overtones to the arrangements, transcending the folk coffeehouse prison the song had been encased in for a decade. In fact, if one listens to Bryter Layter by Nick Drake, it would be easy to hear the connection. The album closes with the winding dobro that sparks "Gone Again," underlining the album's feeling of rambling transience and willful acceptance of both the graces and hardships life offers. In 13 songs, Neil transformed the folk genre into something wholly other yet not unfamiliar to itself, and helped pave the way for an entire generation of singer/songwriters who cared as much for the blues as they did for folk revival traditions. This is -- more so than his fine compilation The Many Sides of Fred Neil (also on Collector's Choice) or his debut Capitol album, Tear Down the Walls -- the Fred Neil record to have. 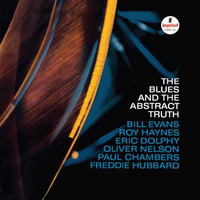 Jimmy Smith - Back At The Chicken Shack - 180g Vin 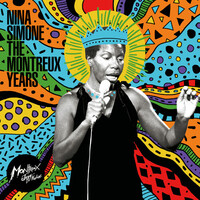 Neil Young - Everybody Knows This Is Nowhere