In his new album, saxophonist and composer Fredrik Nordström deals with a format that reminds of a double quartet of the same type as Ornette Coleman recorded in the early 1960’s. For someone always interested in exploring different possibilities of group interaction, the decision isn’t really a surprise in itself: what surprises us are the results. Instead of acting as a double quartet, Nordström and his fellow Swedish musicians sometimes acts as an octet or as a trio, a quintet, or, you name it! The (double) rhythm section shows off some groovy and hard swinging parts as one unit, but the freedom to contribute individually in this collective of great improvisers is fundamental.

Nordström’s writing and conduction of the improvisational developments are, as always, subtle and meticulous, like hidden geometrical forms in an (apparently) abstract canvas. And if the double quartet matrix is generally connoted with the free jazz subgenre, in “Needs” something else is in equation, coming from the bop and hard bop traditions (Nordström’s tenor style owes something to Dexter Gordon) adding adventurous compositions with dazzling improvisations and giving expression to what the leader of this one day session calls «progressive jazz with unquestionable influence of contemporary classical and rock music». A must. 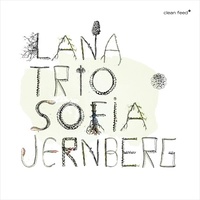