For George Benson's second CTI project, producer Creed Taylor and arranger Don Sebesky successfully place the guitarist in a Spanish-flavored setting full of flamenco flourishes, brass fanfares, moody woodwinds and such. The idea works best on "California Dreamin'" (whose chords are based on Andalusian harmonies), where, driven by Jay Berliner's exciting Spanish rhythm guitar, Benson comes through with some terrifically inspired playing. On "El Mar," Berliner is replaced by Benson's protégé Earl Klugh (then only 17) in an inauspicious -- though at the time, widely-heralded -- recorded debut. 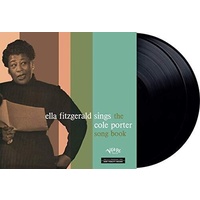