This set, originally cut for RCA, was composer/arranger George Russell's debut as a leader. The original program (which includes such numbers as "Ye Hypocrite, Ye Beelzebub," "Livingstone I Presume," "Ezz-thetic" and "Knights of the Steamtable") has been joined by alternate second versions of "Ballad of Hix Blewitt" and "Concerto for Billy the Kid." Listening to the music, it is hard to believe that Russell only utilized a sextet (comprised of trumpeter Art Farmer, altoist Hal McKusick, guitarist Barry Galbraith, pianist Bill Evans, one of two bassists and one of three drummers).

The ensembles are frequently dense, the harmonies quite original and there are often several events occurring at the same time; one would swear there were at least four or five horns being heard in spots. "Fellow Delegates" is particularly intriguing for it finds Russell playing chromatic drums while joined by Osie Johnson on wood drums; the otherwordly effect is worthy of Sun Ra. Even the more conventional pieces such as "Ezz-thetic" (based on the chords of "Love for Sale" but here almost resembling a Lennie Tristano line played backwards) sound quite advanced. Russell was able to utilize some of the more versatile and technically skilled players of the era, several of whom worked regularly in the studios. Recommended. 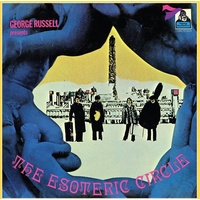