Following on from the blazing live set that was his debut, Georgie Fame's first studio album is one of those discs to which only one appellation can truly be applied -- it's dangerous. A blistering romp through Fame & His Blue Flames' live repertoire of the day, fast and loose and driving, it captures one of Britain's best-ever R&B troupes stepping so far beyond the customary precepts of the Beat Boom that, if you were to come to this record without knowing who it was, there's no way you'd ever guess a bunch of (predominantly) Londoners were responsible.

To pull out any highlights is to indicate that there are any corresponding low-lights -- there aren't. But a "Green Onions" so sweet that you can taste it captures the group in full flame, while Willie Dixon's "I Love the Life I Live" has rarely sounded so supreme. Even the closing "I'm in the Mood for Love" -- not a song one normally associates with heads-down blues boogie -- is granted a cigarettes'n'alcohol ambience that could choke any passing puritan, and the whole disc adds up to one of the all-time great albums of its, or any other, R&B-blessed era.

1 Get on the Right Track, Baby
2 Let the Sunshine in
3 The Monkey Time
4 All About My Girl
5 Point of No Return
6 Gimmie That Wine
7 Pink Champagne
8 Monkeying Around
9 Pride and Joy
10 Green Onions
11 Love the Life I Live
12 I'm in the Mood for Love (Moody's Mood for Love) 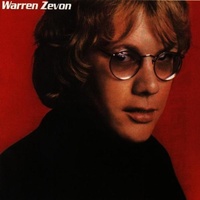