Gerry Mulligan's quartet recorded this studio date about seven years before his death, and it's a beautiful statement of where the refined, seasoned veteran of cool jazz was at in the later years of his life. A young Bill Charlap on the piano (rare unto itself in that Mulligan often excluded a keyboardist) was essentially introduced to the jazz world with this album, and proved to be a perfect foil for the baritone saxophonist's leaner notions. Charlap is also quite substantive, never grabbing the spotlight for himself, but tastefully adding chord progressions and comping to Mulligan's world-class musings. Only David Amram's patient California-styled "Splendor in the Grass" is not penned by Mulligan, with the rest of the set spilt between Brazilian songs, a little bop, and mostly the laid-back easygoing jazz that the leader specialized in.

Always the epitome of cool even in his advanced years, Mulligan chills on the serene "Curtains" with some classical overtones, is even more Baroque in style during "Etude for Franca," and merges into a Billy Strayhorn/Duke Ellington indigo mood for the ballad "Wallflower." Heated up in hot samba territory, the quartet steams through a deep-throated "Rico Apollo," and works more in the upper register of the baritone range for "Ring Around a Bright Star."

The sleek and clean easy swinger "I Heard the Shadows Dancing" is played close to the vest and the heart in a singsong style, while an only slightly angular stance is taken on "Good Neighbor Thelonious." Mulligan has not forgotten his bop roots, as literally proven on "The Flying Scotsman," using ascending and descending scales before cutting loose on an urgent but basic line. This solid, unspectacular, thoroughly professional mainstream jazz recording is finally available on CD with no extra tracks, but full of the good feelings Gerry Mulligan always had for finely crafted jazz. 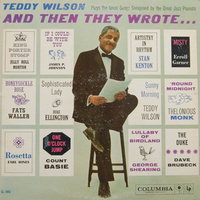