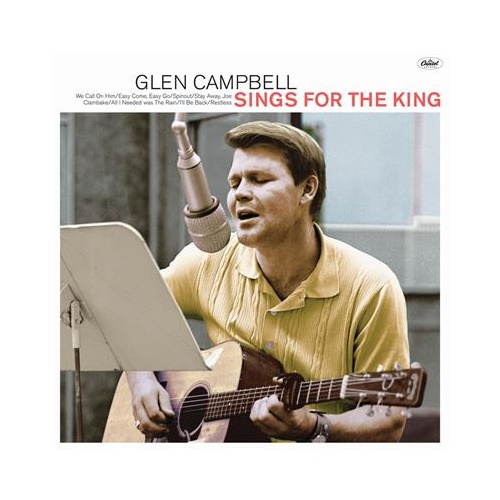 The CD features 18 recently unearthed and unreleased tracks from the recordings that Campbell made between 1964 and 1968 for Elvis Presley. The pair's friendship stretched across three decades, from their first meeting during Elvis' rise to fame to the days when both were adored worldwide.

Initially intended for Elvis' ears only, these recordings were fully fleshed out studio versions of songs written by the team of Ben Weisman and Sid Wayne; Weisman is noted as the composer with more songs recorded by Elvis Presley than any other, with a total of 57. They also included notable sides such as 'Got A Lot Of Livin' To Do' and 'Rock-A-Hula Baby'.

Glen Campbell was asked to bring his perfect pitch and ability to match Presley's vocal pitch and style, so that the songs could be presented to 'The King' for his recording consideration. Glen also brings his unrivalled guitar virtuosity to the material.

Twelve of the 18 tracks on the album were indeed subsequently recorded by Elvis, including the title songs from his movie vehicles such as 'Spinout', 'Clambake' and 'Easy Come, Easy Go'.