This collection, features no fewer than 78 favourite songs from the unmatched catalogue of one of the great entertainers in pop and country history. It travels through his earliest songs, taking in such timeless signatures as ‘Gentle On My Mind,’ ‘By The Time I Get To Phoenix,’ ‘Galveston,’ ‘Wichita Lineman,’ ‘Rhinestone Cowboy’ and ‘Southern Nights,’ culminating in his equally unforgettable final recordings.

Glen Campbell - The Legacy is a chronological depiction of a unique career that made Campbell a Grammy-winning figurehead of pop and country music for six decades, with worldwide album sales alone of more than 50 million. The beautiful presentation includes a 60-page booklet and updated liner notes by the well-known music writer Joel Selvin, who penned the original notes.

The new set adds songs from the extraordinary final chapters of his body of work, with selections from 2008’s Meet Glen Campbell, 2011’s Ghost On The Canvas, the 2014 soundtrack to the revealing and poignant documentary Glen Campbell: I’ll Be Me and the 2017 album Adiós, released just before his death from complications from his long fight with Alzheimer’s.

The collection begins with Campbell’s very first single, the 1961 release ‘Turn Around, Look At Me,’ taking in other early releases such as ‘Too Late To Worry — Too Blue To Cry,’ Buffy Sainte Marie’s ‘Universal Soldier’ and ‘Guess I’m Dumb,’ written and produced by Glen’s friend Brian Wilson. It embraces his first work with the man who helped create what became his signature early sound, producer Al De Lory, from 1967’s ‘Gentle On My Mind’ onwards. 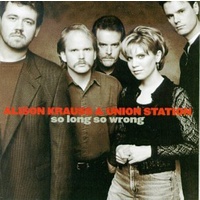