Gov't Mule - Bring On The Music - Live At The Capitol Theatre

“If you look at the Allman Brothers and the Grateful Dead as the two forerunners of the whole jam band scene,” Haynes explained, “they established the template of a two hour or three hour show. There was always more spacey exploration and experimentation in the second half of the show. We do that not to just fall into line with traditional thinking, but because it makes sense given that the more warmed up and relaxed you get on stage, the more capable you become of chasing that uncharted path.” Haynes then recalled with laughter when he suggested to the Allman Brothers that they open with “Whipping Post” — “It was an in your face, imminent version, and it surprised the audience, but there was a sense of, ‘where do we go from here?’”

“Bring On the Music” is no exception to tradition. During the first set, Mule rumbles through raucous and ribald versions of “Drawn That Way,” a high energy rocker with an AC/DC style riff casting delightful aspersions on the hypocrisies of organized religion, a punk energy medley of their own “Funny Little Tragedy” and The Police’s “Message in a Bottle,” and “Mr. Man,” a maximum intensity indictment of financial and political power ignoring the needs of the poor. On the latter, Abts plays with a fury fit for the rage of the lyrics, and Haynes takes the mid-song breakdown from contemplativeness with bluesy licks into full blown rage. The highlight of the first set, however, is “Far Away,” an original ballad that slowly swells into an explosion of intimate passion. Mule has played the song only 21 times in the past 20 years.

The second set begins with “Life Before Insanity,” and gathers force with the one abstract jam after another — “Thorns of Life,” “Trane,” “Revolution Come, Revolution Go.” Haynes provides an exhibition in excellence with Mule’s original, “Time To Confess,” playing a wild and unpredictable four minute guitar solo. Then, offers yet another surprise with a cover of the Pearl Jam deep cut, “Come Back.” The soulful James Brown meets Paul Rodgers vocal delivery of Haynes elevates the song to a new level, soaring to heights previously unreachable with Eddie Vedder’s mumbling and spasmatic shrieking.

“The most important thing,” according to Haynes, when assembling a setlist and playing a show is the “contrast between major keys and minor keys, different tempos, different rhythmic feels, and also the balance between the songs that are stretched out and open themselves up to improvisation and the songs that are scripted and to the point. The goal is to achieve an ultimate balance between all of those things. Over the course of three hours, the more places you can go musically, the more interesting it is going to be for us, and the more it becomes a journey on which the audience can ride along.” 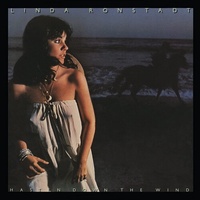