Daylight, is Grace Potter’s second solo album and first for Fantasy Records. Daylight arrives after a turbulent, life-altering 4-year hiatus from music that had the acclaimed singer-songwriter contemplating whether she would ever record another album. Cathartic and emotionally raw, Daylight is the result of that arduous journey, the most emotionally revealing, musically daring work of her career.

“I’ve always aimed to write songs from a universal perspective; so that anyone who heard my music could relate, but that actually made it harder for me to take ownership of my own perspective. These songs were written so I could process – and be accountable for – my own life experience,” Potter says. “I had just pulled the ripcord on my whole life. It was an incredibly jarring, private experience. When the dust settled a bit, the last thing I wanted to do was tell the whole world about it through song. It was a very gradual process of re-framing music and its purpose in my life. So, when I finally started writing songs again – it had to be for myself and myself alone.”

Produced by her husband Eric Valentine, Daylight took shape in the Topanga Canyon home they’d recently settled into. Unsigned and entirely free of any pressure to appease, Potter slowly carved out ideas and the two began laying down tracks. Moving to Valentine’s Hollywood studio, Barefoot Recording, the songs came to life with the help of longtime Potter collaborators including guitarist Benny Yurco and drummer Matt Musty, friends Benmont Tench and Larry Goldings on keys and supreme vocalists, Jess Wolfe and Holly Laessig of the indie band Lucius. 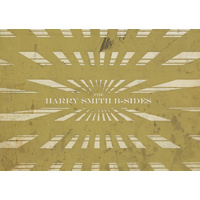