One of the New Thing's extremely few trombonists and a greatly underappreciated composer of tremendous evocative power, Grachan Moncur III got his first major exposure on Jackie McLean's groundbreaking 1963 masterpiece, One Step Beyond. Toward the end of the year, most of the same musicians reconvened for Moncur's debut as a leader, Evolution; McLean, vibist Bobby Hutcherson, and drummer Tony Williams are all back, with Bob Cranshaw on bass and an extra voice in trumpeter Lee Morgan, moonlighting from his usual groovy hard bop style.

While Moncur takes a little more solo space here, the main emphasis is on his talent as a composer. The four originals are all extended, multi-sectioned works (the shortest is around eight minutes), all quite ambitious, and all terrifically moody; much of the album sounds sinister and foreboding, and even the brighter material has a twisted, surreal fun-house undercurrent. Part of that is due to the accuracy with which the musicians interpret Moncur's vision. Hutcherson provides his trademark floating chordal accompaniment, which is crucial to the overall texture; what's more, the album features some of McLean's weirdest playing ever, and some of Morgan's most impressively advanced, as he makes the most of a situation he longed to be in more often.

Of the pieces, "Monk in Wonderland" is the most memorable; its whimsical, angular theme is offset by Hutcherson's mysterious vibes, which create a trippy effect in keeping with the title. "Air Raid" is alternately ominous and terrifyingly frantic, and the funereal title track keeps time only in the pulse of the horns and the backing, which is based entirely on whole notes. With such an inventive debut, it's a shame Moncur didn't record more as a leader, which makes Evolution an even more important item for fans of Blue Note's avant-garde to track down. 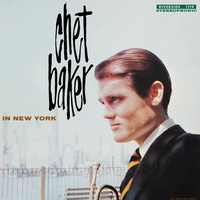