47 recordings on 2CDs from the amazing and prolific blues singer and producer, Gus Jenkins.

He enjoyed only one major hit in his lengthy career, the instrumental 'Tricky' which peaked at No 2 on the Billboard R&B charts and even made No 79 on the pop charts.

This is the most comprehensive package of his work to be released in the CD era.

He owned his own record labels and here Jasmine have featured recordings from his wife and other artists in the set.

His wife Mamie Perry who also recorded as Mamie Jenkins has for some years enjoyed a notable Northern Soul recording, 'Lament' which is featured on CD 2. 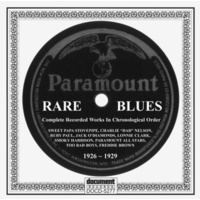 Robert Nighthawk - Prowling with the Nighthawk James Brown - In the Jungle Groove