Contemporary adaptations of classical compositions are nothing new, as reflected in the countless recordings featuring canned arrangements of favorite works by Bach, Mozart, Vivaldi and other popular composers that flood today's music market. Unfortunately, few contemporary artists are exploring new ways of interpreting the classical canon in a manner that goes beyond simple rhythmic modification.

In early 1995, the New York-based jazz pianist, composer and arranger Uri Caine was approached by German music producer Stefan Winter about adapting the music of Gustav Mahler for a documentary film Stefan Winter's brother Franz directed in 1993 and 1994. Caine was also asked to debut this music during a live performance accompanying a screening of Winter's film at the Knitting Factory with a group consisting of leading members of New York's creative music community. Caine accepted this commission immediately and enthusiastically and for an entire year intensively immersed himself in Mahler's life and music. He poured over scores, searching for themes and fragments he could assemble into new compositions drawing on nearly every style of contemporary music of our age jazz, Latin, fusion, funk, free jazz and New Music. The premiere performance of Caine's work was a critical and popular success and in May 1996, he entered the studio to record Gustav Mahler - Primal Light, a unique and original tribute to one of the most significant composers of our century.

Caine's homage to Mahler, who was born in 1860 and died in 1911, represented a tremendous challenge since the composer's works use established form of harmony and instrumentation to construct extremely personal themes inspired by the tragic events of his life. The complexity of Mahler's psyche and music is actually summed up by a simple sentence contained in a letter he wrote in 1886: "My whole life is just one tremendous yearning." These few words convey in the most compelling manner the tragedy that was Mahler's life. The phrase could also aptly describe the life of the Jewish people and their culture which has been historically linked with tremendous struggles, soul searching, deep grief, tortured loneliness and persecution while also containing a sense of humor often tinged with irony.

It is these elements which infuse Caine's arrangements and adaptations that make his Mahler project so remarkable. To help articulate his vision, the pianist assembled a veritable "Who's Who" of New York's avant garde scene including artists Don Byron (clarinet), Mark Feldman (violin), Dave Binney (saxophones), Danny Blume (guitar and tapes), Josh Roseman (trombone), Dean Bowman (vocals) and Larry Gold (cello) as well as the Jewish cantor Aaron Bensoussan. The performances on the album cover the complete dynamic spectrum from quietly lyrical quintet passages to bombastic arrangements for large ensemble featuring both free and structured improvisations. "Every piece is another concept," Caine explained. "Some themes are taken note for note from the original while others like "Der Tamboursg'sell" (The Drummer Boy) consist of only a short phrase I took as the foundation upon which I built my own song. Still other sections I wrote are only based on the basic concept of Mahler's original composition." 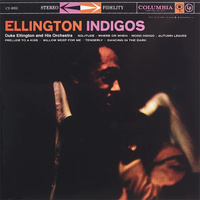