Guy Clark - The Best Of The Dualtone Years / 2CD set

Guy Clark, channeler of the human condition, plain-spoken poet, master luthier, seasoned painter and damn fine guitar player, was above all a man. Probably the closest thing to Hemingway Nashville - or the Lone Star State - would ever see: lean prose, gut strings ringing and a hard-won dignity that embraced tenderness as the ultimate manifest of toughness. By the time he arrived at Dualtone, he was already a legend for his exacting song craft that elixired truth tempered with compassion, grounded by vivid detail.

Work-bench Songs, Somedays The Song Writes You, Songs and Stories and My Favorite Picture of You measured the life, the heart, the humanity that defined Clark's writing, especially having fully lived well into his seventh decade. We are is pleased to announce the release of Guy Clark: The Best Of The Dualtone Years a celebration of Guy's albums recorded under the Dualtone moniker. 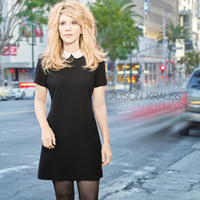