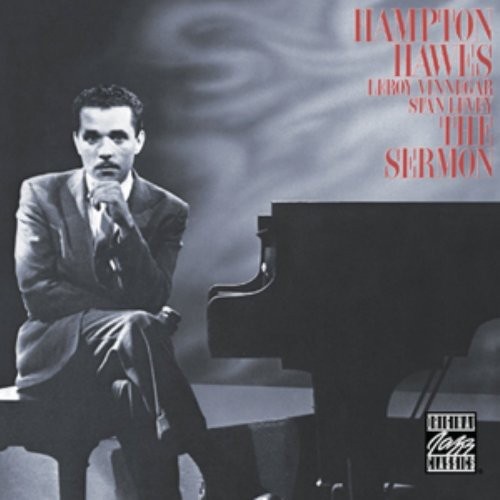 There is irony in the history of The Sermon, one of the most directly affecting of Hampton Hawes’s 14 albums for Contemporary. He recorded it a few days before he was sentenced to federal prison on a technically correct but unjust narcotics conviction. Hawes served five years of his ten-year sentence, then was pardoned by President Kennedy, but The Sermon spent 29 years in solitary confinement in Contemporary’s tape vaults. It was released as a long- playing record ten years after Hawes’s death and quickly went out of print.

Now on CD at last, it finds the preacher’s son at a time when he must have felt that nobody knew the trouble he’d seen. Still, his playing reflected the hope inherent in the spirituals that make up the collection. The album is capped by one of Hawes’s typically sunny blues. Throughout, bassist Leroy Vinnegar and drummer Stan Levey accompany him with enthusiasm and impeccable taste.