Hania Rani announces Music for Film and Theatre, a personal selection of recent compositions for film, theater and other projects. Writing music for film and theater has always been a big part of Hania Rani's musical world. It is also a part of the creative process that can be tantalizingly out of reach for listeners, either the project doesn't come to fruition or the music simply isn't available away from the film or play. From early collaborations with friends, to last year's two scores for full length films (xAbo: Father Boniecki directed by Aleksandra Potoczek and I Never Cry directed by Piotr Domalewski') Rani has been involved in many such projects, each representing an important step in her artistic development and life as a composer and artist. 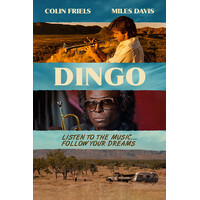