Walden is the title of a book written in 1854 by Henry David Thoreau, about life in the woods where the American philosopher had spent two years. It was an experiment, an attempt to set aside all the artificial needs created by society, and rediscover the unity of man and nature. Although Thoreau didn’t undertake any detailed social analysis, his perception of economy and ecology – of the cyclic essence of nature – was far ahead of its time. Stylistically, Walden was conceived in terms of recycling and the “new simplicity”. Superfluous material was excluded so as to make room for other properties such as pithiness and clarity. One encounters several principles in the quintet: organic ones (growth, blossoming, decay), concrete ones (mechanical patterns) and finally descriptive ones (distant horn calls and other phantasmal music of the past enter our consciousness as if in a dream). Walden was written in 1978 for a classic wind quintet (flute, oboe, clarinet, horn and bassoon); in 1995 came a second version for the Calefax Reed Quintet. - Hans Abrahamsen

In the wood: sounds of the dawn, day sounds, night sounds. I listen to the wind, the movement of twigs, the birds, the stream, the insects, raindrops, thunder, and the trickling of water. I hear the sounds emerge, flow into one another and join together. I want to preserve the purity of nature, keeping the vulgarity of the towns, the racket, the hubbub, and the roar inaudibly far away. I’m seeking sonorities, recording sounds, hearing, feeling. At dawn the wood awakens, the silence is filled, sonorities emerge from nothing, birds announce first light. In the distance a spring pushes out of the earth, water laps over the rocks, a brook rustles. In the middle of the day one seems to hear the wood’s silvery body. By the pond the voices gently rise and harmonise: the landscape resounds. No trundling machines break through this timbre. Just a dead twig falling, a breath of wind blows across the calm mirror of the lake, and little waves spread over its surface. At the end of the day the darkness gradually silences the sounds of life. There is a distant rumble of thunder, rain is falling, night falls, the birds are hushed, they rest, and silence pervades the wood. The simplicity of the sounds determines my musique concrete composition. The wood comes across as a still life – not a ‘nature morte’, but the sounds of life. - Stefan Winter

Wald is a sort of set of variations on the beginning of my woodwind quintet Walden (1978). The thematic idea is really simple: the ascending call of a fourth, and the responses of the other instruments. This is repeated several times, but since the call has a slower pulse than the responses, the ordering ultimately changes. For Walden I borrowed my title from the American philosopher Henry David Thoreau, who wrote the book Walden in the middle of the nineteenth century, about his time in the woods, in a small solitary hut on the banks of the lake Walden Pond. Here he spent two years, so as to get closer to nature, and see if it was possible to live without the needs created by society. The book is full of lyricism, but is also sharp and socio-critical. In my piece Walden I was seeking the same simplicity, making use of a no-frills material, but without losing the lyrical aspect. Wald is a companion piece to Walden, but also to Schnee. In 1848-49 Robert Schumann composed his Waldszenen (Woodland Scenes), a collection of short pieces with titles like Solitary Flowers, Bird as Prophet, and also Hunters on the Lookout, and this was actually just a few years before Thoreau wrote his book Walden. For both of them, the wood is a magic-romantic place. For me too, the wood still has mysterious properties. Many years ago I played the fairy-tale Waldhorn, and I remember swarms of startled birds, and the feel of a hunt with galloping horses. Such scenes also can be heard in my piece. - Hans Abrahamsen 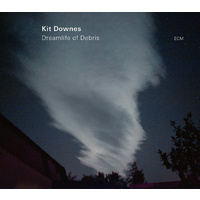