Duke Jordan's distinctive melodies receive Danko/Knuffke duo's refined and creative reading and mingle naturally with their free tunes in between.

"Harold Danko's remarkable authority and heartfelt approach have been nothing short of an inspiration"- C. Andrew Hoven, All About Jazz

Owner of a discography tallying well into double-digits, pianist Harold Danko remains something of a creature of habit when it comes to recording dates. Most of his admittedly prolific output exists under the mantle of the Danish Steeplechase imprint. Many of those discs find him in the company of familiar and recurring compatriots such as saxophonists Rich Perry and Dick Oatts or in working trios with bassists and drummers. Cornetist Kirk Knuffke’s gone a somewhat different path both within and beyond his relationship with the label, although one consistency is a regular partnership with pianist Jesse Stacken as a duo. That association conveniently points to several commonalities for Danko and Knuffke on their debut disc together, the cheekily-titled Play Date.

Mirroring the majority of Knuffke’s sessions with Stacken, this one is a tandem encounter. He and Danko also share an abiding admiration for the works of other jazz composers. Danko’s done tribute albums to Earl Hines, John Coltrane (with and without Duke Ellington) and covered tunes by dozens of the most influential jazz pianists of the last century. Knuffke’s projects have included investigations of the songbooks of Ellington, Thelonious Monk, Charles Mingus, Don Cherry, and Ornette Coleman. For this context, they settle on the work of Duke Jordan, who came to initial bebop fame in Charlie Parker’s crew before opening his repertoire to hardbop and emigrating to Europe. Danko included a Jordan tune on at a date with his Trilix Trio back in 2003, making his affinity long-standing.

The sum of consensus on the project both is kind of surprising in that the session marked Knuffke and Danko’s first meeting. Six Jordan compositions, including three separate renderings of the pianist’s tentpole tune “Flight to Denmark” alternate with seven interstitial free improvisations that err on the side of brevity. Danko’s purview is bop-rooted jazz and he’s audibly less comfortable and arguably less effective in the extemporaneous settings, a disparity he readily admits to in the accompanying notes. Regularly going under the hood of his instrument and strumming the strings like a zither is just one of several texture-oriented techniques he turns to during the spontaneous and atmospheric colloquies. Knuffke’s better geared to the settings and does an excellent job of shoring up any longueurs that creep in.

Consistency is better carried out in the context of the chosen tunes with both players using the structures for a lively and inviting conversation that also allows for involving solo asides. There’s an affirming rapport in the way neither man crowds the other and instead allows the shared narratives to develop naturally without even a modicum of artifice. “Misty Thursday,” the longest piece of the program at eight-plus minutes, offers extended ingress into their repartee with Danko framing a gilded melody that’s soon enhanced by Knuffke’s cottony phrasing. “Stonewall Blues” and “Layout Blues” offer adroit variations on the idiomatic staple while “Wut’Less” finds Danko bringing the zither strums to bear on more conventional fare and sounding uncannily like a ukulele in the bargain. Jordan is the starting point and contextual center for the set, but players stray well and welcomingly apart from their inspiration source. 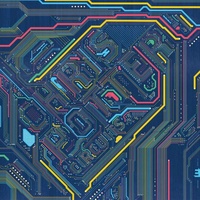