“On Parade in Parede” was recorded when Eisenstadt and company played a series of concerts at SMUP, an intimate venue in Parede, a beach town near Lisbon, during their spring 2016 Europe tour.

The place inspired the title. An homage to his birth country (he’s lived in the US more than twenty years), Canada Day offers a universal music, not just dedicated to North America, but also to Africa, Cuba, and Europe. Here Eisenstadt reunites Americans Nate Wooley and Matt Bauder with French-German Pascal Niggenkemper.

Though Eisenstadt’s flagship ensemble has released five recordings in the last decade (four quintets and an octet), here you have Canada Day’s very first quartet recording. If there’s a good side of present day globalization, this is it. 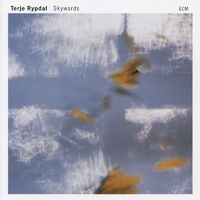