Pianist Hasaan Ibn Ali was a local Philadelphia legend who had an impact on John Coltrane, McCoy Tyner and many others. He took the larger jazz world by storm in 1965 when was released on Atlantic Records. The label was so impressed, they set Ibn Ali up to record his own album later that year, but it was never mixed or released. Thirteen years later, the tapes went up in flames in a New Jersey warehouse. While the sessions were thought lost forever, copies were believed to exist. And they did! Once located and the audio restored, the acclaimed 2021 release of Metaphysics: The Lost Atlantic Album finally saw the light of day.

But Ibn Ali’s story has a side not documented on either of those releases. Alan Sukoenig and saxophonist David Shrier were students at the University of Pennsylvania in 1962, when Shrier told Sukoenig about an incredible pianist he had just heard at a club. It wasn’t long before the three became friends. Over the next four years, Shrier and Sukoenig captured their soon-to-be legend friend on tape, playing standards and a few originals.

The best of these tapes are now collected on Retrospect In Retirement Of Delay: The Solo Recordings. Produced by the team of Sukoenig, Lewis Porter, and Grammy®-winner Cheryl Pawelski, the 2-CD set also features restoration and mastering by Grammy®-winner Michael Graves, essays by Sukoenig, Porter and pianist Matthew Shipp, and previously unseen photos taken by Sukoenig. A 4-LP vinyl version is due in 2022.

The 21 tracks on Retrospect In Retirement Of Delay: The Solo Recordings now reveal the intimate side of the Hasaan Ibn Ali story with poetic, imaginative, even breathtaking masterpieces that the world didn’t know existed. And for the first time, hear the unique magic of jazz legend Hasaan Ibn Ali playing standards! 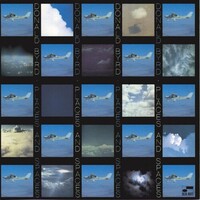