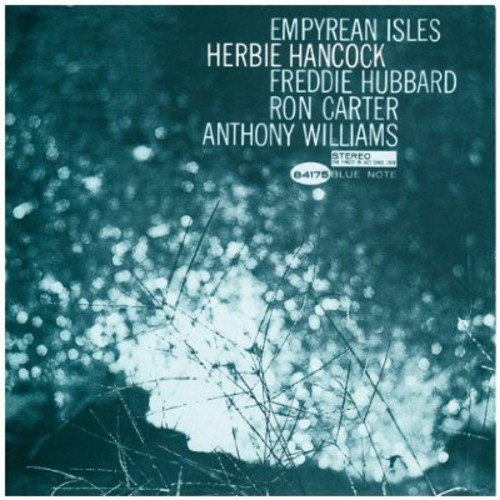 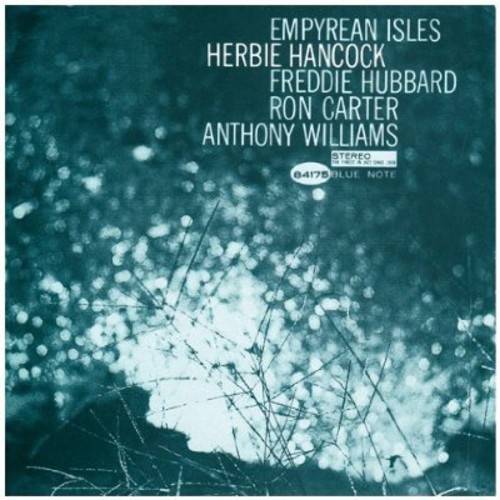 My Point of View and Inventions and Dimensions found Herbie Hancock exploring the fringes of hard bop, working with a big band and a Latin-flavored percussion section, respectively.

On Empyrean Isles, he returns to hard bop, but the results are anything but conventional. Working with cornetist Freddie Hubbard, bassist Ron Carter, and drummer Tony Williams -- a trio just as young and adventurous as he was -- Hancock pushes at the borders of hard bop, finding a brilliantly evocative balance between traditional bop, soul-injected grooves, and experimental, post-modal jazz. Hancock's four original concepts are loosely based on the myths of the Empyrean Isles, and they are designed to push the limits of the band and of hard bop.

Even "Cantaloupe Island," well-known for its funky piano riff, takes chances and doesn't just ride the groove. "The Egg," with its minimal melody and extended solo improvisations, is the riskiest number on the record, but it works because each musician spins inventive, challenging solos that defy convention. In comparison, "One Finger Snap" and "Oliloqui Valley" (alternate takes of both tracks are included as bonuses on the CD reissue) adhere to hard bop conventions, but each song finds the quartet vigorously searching for new sonic territory with convincing fire.

That passion informs all of Empyrean Isles, a record that officially established Hancock as a major artist in his own right.