After making a striking appearance on Joel Ross' KingMaker, alto saxophonist Immanuel Wilkins delivers an expansive opus about the Black experience in America on his own debut album, Omega, which was produced by Jason Moran and features a next-generation quartet with pianist Micah Thomas, bassist Daryl Johns, and drummer Kweku Sumbry

From Thomas Conrad / JazzTimes - As this review is being written, the streets of America are teeming with people of all races protesting the police killings of George Floyd and Rayshard Brooks and proclaiming that Black Lives Matter. Immanuel Wilkins made Omega before those deaths occurred, but he did not lack for other examples from the nightmare of America’s racial history. Two tracks subtitled “An American Tradition” are “Ferguson” and “Mary Turner.” Turner was eight months pregnant when she was lynched, upside down, in Georgia in 1918.

Such subject matter is a lot to take on for a 22-year-old alto saxophone player. Wilkins is ready. Jason Moran, who produced Omega, says something true: “Immanuel … blends traditions in a way that only his generation knows how to do.” Wilkins is neither straight-ahead nor avant-garde. He operates in a fertile new zone that is both. His lyrical extremity goes back to Charlie Parker and forward to Ornette Coleman and beyond. His chops are electric. His tonal range extends from mellifluous and sensuous to searing and raw, often in the same solo.

The track for Mary Turner is a remarkable act of the imagination. In four minutes, Wilkins portrays the atrocity with almost unbearable vividness, from Turner’s attempts to escape (in circling saxophone figures) to her terror (in louder saxophone calls over threatening drums) to the death throes of Turner and her unborn child (in hoarse saxophone screams and violent ensemble eruptions).

All of Omega’s rich material was written by Wilkins; his pieces are carefully ordered but contain openings for spontaneous rampant invention. The album’s centerpiece is a four-part suite. “The Key,” “Saudade,” “Eulogy,” and “Guarded Heart” move across many modes of emotion, from rapt through-composed contemplations to wild celebrations to graceful melodic unfoldings to jolts of passion.

Omega is the most important debut jazz recording in years. 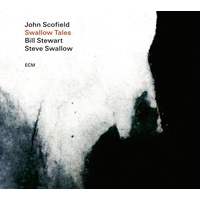