Because Music present a reissue of JJ Cale's Guitar Man, originally released in 1996.

Guitar Man is the 12th studio album by JJ Cale. Personnel: JJ Cale - vocals, guitar; Christine Lakeland - guitar, vocals on "Death In The Wilderness"; James Cruce - drums on "Death In The Wilderness". CD version comes in a jewel case; includes six-page roll booklet."25 years after his first album, Naturally (1971), JJ Cale created Guitar Man, an album made up of hypnotic grooves forged out of elegantly simple components. The album is largely a solo affair, with only scattered additional accompaniment, such as on the incredible opening tune, 'Death in the Wilderness.' Otherwise, Cale plays every instrument, adding particularly strong guitar work to the mix." -All Music 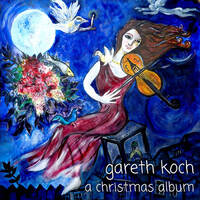