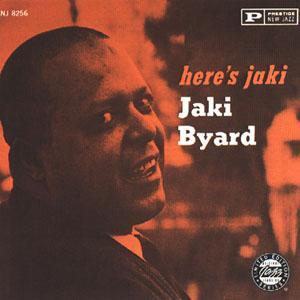 When Here’s Jaki was made in early 1961, the pianist had been traveling with Maynard Ferguson’s big band for a year. His reputation was beginning to spread beyond his native Boston, where he had long been a pillar of the jazz scene. With the whimsy and eclecticism of his piano solos and the adventurism and intricacies of his arrangements, he astonished his colleagues in the band and left Ferguson a bit nonplussed.

Young musicians like Eric Dolphy and Ron Carter, however, grasped that Byard was looking beyond conventional jazz boundaries. He was the pianist on Dolphy’s remarkable Outward Bound (OJCCD-022-2) and was to work with Dolphy and Carter in several Prestige projects. For his first trio album for the label, he chose Carter and the veteran drummer Roy Haynes. All of the compositions are Byard’s except for one by John Coltrane and two by George Gershwin. 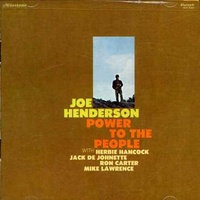 Joe Henderson - Power To The People