Jan Garbarek's powerful new double-album is a magnum opus, and well-titled. 'Rites' suggests initiations, rituals, the archaic, the magical, but also 'rites of passage', and the Norwegian saxophonist reflects, in his choice of material, upon pivotal episodes and influences in his own life and those of his associates. Pieces include a tribute to Don Cherry and reworkings of the Garbarek classics 'It's OK to listen to the gray voice' and 'So mild the wind, so meek the water'. There are abundant references to scattered musics of the world, from Norway to India, as well as a setting - for voices and saxophone - of a Native American poem, and the surprise inclusion of Jansug Kakhidze's 'The moon over Mtatsminda', sung by its composer with the Tbilisi Symphony Orchestra. In total, this is the most comprehensive recording Jan Garbarek has made to date, and his subtle saxophone artistry has never been more persuasive. 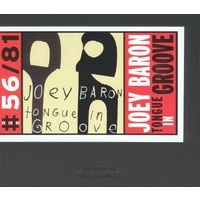