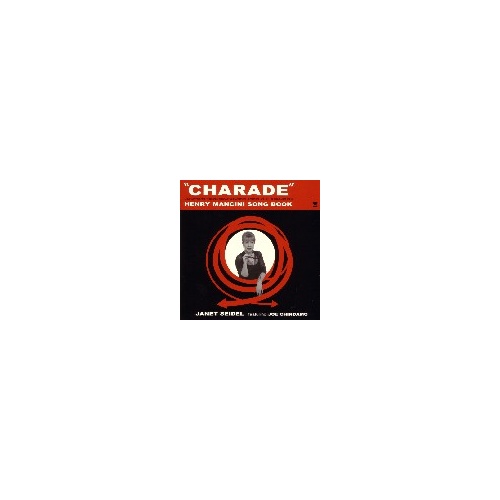 Following 16 best selling vocal jazz albums from Janet Seidel, is this luxurious new CD, “CHARADE” – The Henry Mancini Songbook just. Each new album by Janet brings a fresh view of her uniquely cool and clear vocal artistry, and on this one the presence of piano master, Joe Chindamo, as featured sideman brings a further world class sophistication to the sound.

Henry Mancini wrote great songs, usually for movies, some very much of an era and others timeless masterpieces. Janet loves to find good songs to challenge her and this theme provided enough choices for two albums, so the list was culled to 14 tracks, ranging from Dreamsville "a love refrain for hipsters" to Two For the Road, Mancini’s favourite of all.

Recorded in just 8 hours at Sydney’s Studio 301 the finished CD consists almost entirely of first takes. Janet and her touring trio had sketched some arrangements of her choice of Mancini originals and Chindamo breezed in from Melbourne with no rehearsal and immediately established an almost telepathic rapport throughout the whole session. The all analogue recording by Richard Lush (one of the original Abbey Road engineers for artists such as the Beatles!) is certainly of audiophile quality, and the natural acoustic ambience is just right for the music.

Aside from Janet Seidel, Joe Chindamo must surely be the only other Australian artist to have reached No. 1 on Japan’s international Jazz Charts, with his popular piano trio CDs.