Harvard WHRB radio station has been on the air for nearly 80 years. In the 1940s, it transmitted to Harvard dormitories only. In the 1950s, the station obtained an FM license and become the first source for exciting, entertaining, classical music, jazz, news, and sports broadcasts to the entire Boston area. Harvard Radio’s daily broadcast explored a great repertoire of music left largely untouched by other commercial stations.

By 1952, Boston was experiencing a renaissance in jazz led by such local modernists as Charlie Mariano, Jaki Byard, Joe Gordon, Nat Pierce, Herb Pomeroy, and Serge Chaloff, as well as talented newcomers like tenor saxophonist Jay Migliori (1930-2001), one of the most active young jazzmen on the scene. In the spring of 1954, after having played with Charlie Parker at the Hi-Hat club and in Chaloff’s sextet at the Storyville, Migliori joined forces with his friend pianist Dick Twardzik (1931-1955)—a young prodigy who had already recorded with Charlie Mariano and been praised by Bird—to organize a quintet that would play at the Jazz Workshop Stable. With them were three younger modernists, by the name of Johnny Rae, vibes, Jack Carter, bass, and Bob Atcheson, drums.

The Stable was jumping with its newly established jazz policy, and most of the best local jazz was going through its stage with the fervent support of Boston jazz fans. By the time spring was turning to summer, Harvard’s radio station WHRB offered to record the Migliori-Twardzik quintet. The result was this exciting session we are releasing here for the first time. 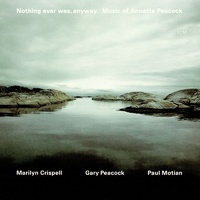 Marilyn Crispell - Nothing Ever Was, Anyway Nat King Cole - Live At The Sands : The Complete L 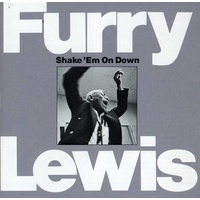