Released in 1976, Jeff Beck's Wired contains some of the best jazz-rock fusion of the period. Wired is generally more muscular, albeit less-unique than its predecessor, Blow by Blow. Joining keyboardist Max Middleton, drummer Richard Bailey, and producer George Martin from the Blow by Blow sessions are drummer Narada Michael Walden, bassist Wilbur Bascomb, and keyboardist Jan Hammer. Beck contributed no original material to Wired, instead relying on the considerable talents of his supporting cast. Perhaps this explains why Wired is not as cohesive as Blow by Blow, seemingly more assembled from component parts.

Wired is well balanced by looser, riff-oriented material and Walden's more intricate compositions. Walden and Hammer give Wired a '70s-era jazz-rock flavor that is indicative of their work with the Mahavishnu Orchestra. Bascomb's throw-down, "Head for Backstage Pass," finds Bailey skillfully navigating the mixed meters while Beck counters with a dazzling, gritty solo. Hammer's "Blue Wind" features an infectious riff over which Beck and Hammer trade heated salvos. As good as "Blue Wind" is, it would have benefited from the Walden/Bascomb rhythm section and a horn arrangement by Martin.

One of Wired's finest tracks is an arrangement of Charles Mingus' "Goodbye Pork Pie Hat." Beck's playing is particularly alluring: cleanly ringing tones, weeping bends, and sculpted feedback form a resonant palette. Bailey and Middleton lend supple support. Within a two-year span, the twin towers Blow by Blow and Wired set a standard for instrumental rock that even Beck has found difficult to match. On Wired, with first-rate material and collaborators on hand, one of rock's most compelling guitarists is in top form. 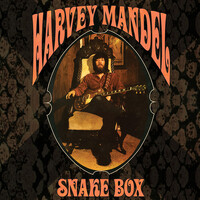