The Jim Hall Trio, with bassist Don Thompson and drummer Terry Clarke, is in top form during this 1976 concert. The opener, Charlie Parker's "Billie's Bounce," is an introspective interpretation, though played with plenty of fire, while "Twister," a duo performance credited to both Hall and Clarke, may very well be an improvisation. A quiet piece like the excerpt from Rodrigo's "Concierto de Aranjeuz" is tailor-made for Hall's often subtle, rather understated approach to his instrument. First-rate versions of "Chelsea Bridge" and "St. Thomas" round out this highly recommended live set, which has never been issued outside of Japan 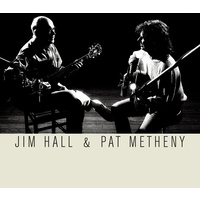