Jimi Hendrix - Both Sides of the Sky

Both Sides Of The Sky presents 13 studio recordings including 10 which have never before been released. All but two of these studio recordings were made during a fertile two year period between January 1968 and 1970.

Jimi’s mastery of the studio and his increasing use of them as a proving ground for new songs resulted in a growing collection of extraordinary material. Both Sides Of The Sky completes a trilogy of albums [with Valleys Of Neptune and People, Hell & Angels] intended to present the best and most significant unissued studio recordings remaining in the Hendrix archive.

The songs include fascinating alternate versions of “Stepping Stone,” “Lover Man” and “Hear My Train A Comin’” as well as recordings where Jimi is joined by such special guests as Johnny Winter and Stephen Stills. Both Sides Of The Sky was mixed by Eddie Kramer, the engineer for all of Hendrix’s albums throughout the guitarist’s lifetime, and produced by Janie Hendrix, Kramer and John McDermott. 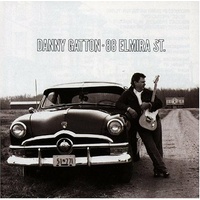