One of the greatest reggae compilations ever released, the The Harder They Come soundtrack was one of the albums that took the reggae various-artists LP from cheap and generic to valued and vital. Packed with dynamic, bright and uplifting songs, including Jimmy Cliff’s title track the curious thing about the album was, it was a memorial to a passing era even as it was released, on 7 July 1972.

The Harder They Come was the first all-Jamaican feature film. It starred Jimmy Cliff, who was almost a prototype for Bob Marley in the early 70s: a reggae star who wrote his own songs and was marketed as a serious talent at a time when Jamaican music was seen as merely teenage dance fuel by UK critics and most DJs. The movie also featured The Maytals (also present on this soundtrack) and, in a blink-and-you’ll-miss-it cameo, producer Leslie Kong, who supervised the majority of the record. Kong was the commercial hotshot of late 60s/early 70s reggae, with a catalogue of hits to his name from the likes of The Pioneers, The Maytals, The Melodians and more. He’d first put Jimmy Cliff on disc to launch his record label, and this album was the consolidation of years of work for both men: look, this is how far they’d come.

Cliff delivers ‘You Can Get It If You Really Want’, the gritty title track, the mellow ‘Sitting In Limbo’ and the song widely regarded as his masterpiece, ‘Many Rivers To Cross’ – still a moving ballad all these years later. The Maytals offer ‘Sweet And Dandy’, a tale of wedding celebrations, and ‘Pressure Drop’, another articled classic. Desmond Dekker, Kong’s biggest international star, has just one track, the ebullient ‘007’, already five years old when the album was released, but its rude-boy commentary suited the movie, as did The Slickers’ ‘Johnny Too Bad’, one of the few The Harder They Come soundtrack tunes not produced by Kong, but using the same studio and band. The album’s other gentle and reflective song is The Melodians’ ‘Rivers Of Babylon’; poor souls who only know the Boney M version will be surprised by its sincere and soulful piety. A hint of reggae’s future came courtesy of Scotty’s ‘Draw Your Brakes’, a DJ tune produced by Derrick Harriott.

It wasn’t long before the roots boom made this music look retro – in Jamaica at least. The movie represented Jimmy Cliff’s celebrity peak, while Kong, alas, was never able to take his sound into reggae’s skanky era, which was dominated by roots, DJ music and Rastafarianism: he had a fatal heart attack before the movie was released.

Its soundtrack, however, stands as a testament to his craft and talent, as well as the reggae era that was already passing by the time The Harder They Come hit the screens. But this music was irrepressible: the record lifts you up and gets you on your dancing feet; its hard-edged, warm-hearted brand of reggae will never fall. 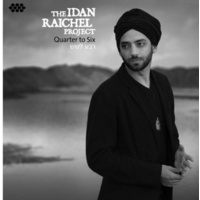