This is not a Count Basie album, although thanks to its title, there's a good chance that you'll find it in the Count Basie bin in your record store. But the bandleader/keyboard legend doesn't play any music here; rather, it's a live performance at his bar on 132nd St. and Seventh Ave. in New York's Harlem, with Basie as host and master of ceremonies, announcer, and even tending bar.

This may possibly have been, as claimed, the first authorized commercial recording ever done from a neighborhood bar (complete with the sounds of telephones, cash registers, etc., in the distant background), and the results are priceless. Williams is the featured musician and sounds just great on the slow, moody blues "More Than One for My Baby." The band -- Emmett Berry on trumpet, Marlowe Morris on the organ, Bobby Donaldson at the drums, Vic Dickenson on trombone, Bobby Henderson at the piano, and Aaron Bell on bass -- is very tight, and Berry's, Morris', and Henderson's instrumental voices are beautifully articulated. Marlowe and Henderson turn in a stunning performance together, both keyboards out in front, on "Too Marvelous for Words," which they stretch out in a long, languid jam into "Sent for You Yesterday" with Williams back in front. The group also has a great time reworking Duke Ellington's "Perdido" and stretches "Canadian Sunset" into a soaring ten-minute finale. The sound is remarkably clean and sharp, which makes the fact that the band was incredibly "on" that night even more appreciated.

A must-own CD for any fan of Williams and of small-group jazz of this era. 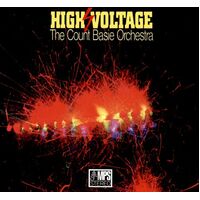