What do John Zorn and Cybill Shepherd have in common? What's the common bond between Tony Bennett and Jay McShann? How are Los Angeles Philharmonic and Allen Ginsberg inextricably linked? Would you believe Lani Kazan and Laurie Anderson? How about Steve Allen and Bill Frisell? Big Joe Turner and Al Jarreau? Merv Griffin and David Sanborn? Chet Baker and Joe Williams? Dizzy Gillespie and Tim Berne?

The wonderfully strange but obviously true answer is that they've all made music with Joey Baron - more recently known as "that crazy bald guy on the drums" in three of the most important working bands of the late 1980s and early '90s: The Bill Frisell Band, John Zorn's Naked City, and (with Tim Berne and Hank Roberts) the cooperative trio, Miniature. And now, after a long apprenticeship and about a zillion gigs - from Arto Lindsay to Toots Thielemans, from Lou Rawls to Fred Frith - and about a hundred record dates - from Jim Hall to Herb Robertson to Carmen McCrae - young Mr. Baron has finally made his first album as a leader, Tongue In Groove, with his own very band, Barondown.

Born in Richmond, Virginia, in 1955, and still a southerner if truth be told though he's lived in New York City since 1982, Joey Baron's early influences were television (the damage is irreversible) and the records of Sandy Nelson, Gene Krupa, Buddy Rich, Cal Tjader, Art Blakey, Ray Charles, Booker T. & The M.G.'s, James Brown, the Beatles and Jimi Hendrix. His own widely and wildly electric drumming style reflects this diversity, but is uniquely his own. His playing - and now also his writing - mimics his personality: witty, powerful, open, inviting, fun.

Here's what Baron says about Barondown and Tongue In Groove: "Rather than recreating '60s free jazz, New Orleans music, R&B, '50s bebop, '40s swing or cantorial chants, this band and this record is about making a hybrid music. The basic sound is voice and drums - the oldest sounds in the world - with Ellery Eskelin's tenor saxophone and Steve Swell's trombone being the voices. Since these instruments are lungpowered and can only play one note at a time, the drums can occupy a broad space. This music comes out of the drums, rather than the drums simply accompanying or soloing."

Tongue In Groove can be thought of as a strange sort of accoustic power trio record, or perhaps as a kind of avant-garde dance music, or maybe even as the starkest, most abstract R&B you've ever heard. The music is bold, playful, in-your-face: it's stripped down to the essence. The less-is-more ethic (paralleled in the recording, which was done live-to-digital) actually opens up possibilities for Baron, rather than restricts him. Joey says, "Use a little, get a lot. That's the main focus of the record - compositionally and instrumentally." But while the tight focus makes everything on the album sound of a piece (almost like one long composition) it hardly masks the diversity of feeling and range of emotion present on Tongue In Groove.

Of the sixteen compositions, thirteen are originals. From the pulse-oriented power of a swinging shuffle like "Scottie Pippen" or a brash romp like "Blinky" to the start-and-stop concision of "Oops" or "Yow", Baron mines his material to the depths of his inspiration, and always for the vein of soulfulness. There are groove pieces, there more abstract, "sculptural" pieces; and there are three, old-fashioned free improvisation - Room Service, Sandbox and Trunk. The running times are invariably short, the horn solos fresh and to the point, the colours sharp and bright. It's loud music. The three covers point in different directions. Mencher-Moll's I want a Little Girl is inspired by Ray Charles's version, but here it is played loosely, almost drunkenly, and with love, as if they'd been playing it for French Quarter tourists for forty years.

Jonny Mandel's The Shadow of Your Smile gets a rude, naive, humorous, lounge reading - the idea was, as Joey says, "to play one of my favorite tunes without preparation."

Terra Bina Kia Jeena is a phonetic spelling of Hindu love song album producer David Breskin first heard in 1981 on a BBC documentary about train travel in India. (In the film, a raggedy band of clarinetists, trumpeters, and drummers stand on an Indian Ocean beach, playing it in the setting sun). Ten years later, the song proved to be the ultimate hybrid for Barondown - a sweet, funky, lyrical piece with an Asian/African/Middle Eastern/Indian feeling. It ends, fittingly enough, with the only drum "solo" on the record - an anti-solo, a deepening of the groove, a wagging Tongue In Groove. 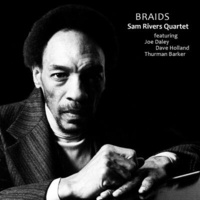