Fahey recorded two entirely different versions of this record: one issued in 1963 and one mostly of re-recordings in 1967. The CD reissue of Death Chants, Breakdowns and Military Waltzes does Fahey fans a massive favor by combining both versions onto one disc. Preceded only by the super-rare original version of Blind Joe Death, the 1963 LP of Death Chants was the first Fahey album to gain reasonably wide distribution.

It's a work that beautifully displays both Fahey's virtuosity on folk and blues guitar and a distinct composing voice that draws much from folk and blues traditions, but is not quite part of either school. Fahey's gift for making music that's tranquil and evocative, but also with enough odd angularity and minor melody to give it depth and ambiguity, is evident right from the start, and heard to best advantage on "When the Springtime Comes Again," "Some Summer Day," and the epic "America." Even on the pieces with more straight blues connections, Fahey achieves a full and reverberant quality that sets it off not just from the average country blues revivalists of the period, but from vintage country blues itself. He takes a journey into the avant-garde with "The Downfall of the Adelphi Rolling Grist Mill," a creepy duet with flute player Nancy McLean. On the re-recorded versions that comprised most of the 1967 version of Death Chants, the fidelity is clearer, and having improved his technique Fahey probably felt more satisfied with these renditions. 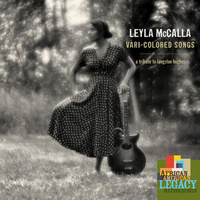 Chris Smither - More from the Levee