Digitally remastered edition. True to it's name, The Best Of Friends highlights John Lee Hooker's superstar duets, recorded throughout his comeback years of the '80s and '90s.

Out of print for several years, the reissue of this best-selling title will be in tandem with Hooker's 2017 centennial celebrations. 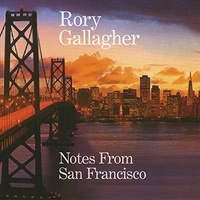