One of Sco's best ever albums - essential.

This 180g Blue Note 80 Vinyl Edition mastered by Kevin Gray, from the original master tapes, and pressed on 180g vinyl at Optimal, arrives on the 25th anniversary of the album’s original release on August 9, 1994, and marks the 1st time the full 10-track album will be released on vinyl.

In 1993, guitarist John Scofield teamed with elder jazz-funk pioneer and saxophone great Eddie Harris and a tremendous band featuring Larry Goldings on organ and piano, Dennis Irwin on bass, Bill Stewart on drums, and Don Alias on percussion to lay down his soul jazz opus Hand Jive. Produced by Lee Townsend, the album featured 10 groove-based Scofield originals including the irrepressible “Do Like Eddie.” 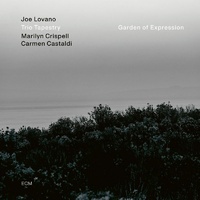 Chet Baker - The Touch of Your Lips - Vinyl LP