After ECM recordings with organ (“Rain on the Window”), strings (“The Spaces In Between”), brass ensemble (“Free and Equal”), choir (“Proverbs and Songs”), and early music experiments with the Dowland Project (“Romaria”). John Surman offers an album unequivocally jazz in its orientation. Soulful ballads, hard-driving pieces and fiery improvisations are all to be found here, and Surman is in best creative form on baritone and soprano saxophones.

Both Surman and guitarist Abercrombie have long musical relationships with powerhouse drummer DeJohnette, and all three are in accord at a high level. A strong showing, too, for bassist Drew Gress in his ECM debut. Music is all by Surman, apart from “Slanted Sky” by old comrade John Warren, and the timeless “Chelsea Bridge” of Billy Strayhorn. 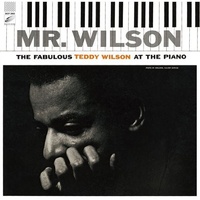