The incredible warmth & brilliance of composer/conductor John Williams is felt throughout this album of both his concert music (a newly revised Cello Concerto) and his legendary film music, including a powerful new arrangement of the Theme from “Schindler’s List,” brought to life by Yo-Yo Ma and the world-renowned New York Philharmonic.

Another highlight from the John Williams film music catalog is Yo-Yo Ma’s performance of “With Malice Toward None,” an inviting and uplifting melody from the movie “Lincoln,” inspired by Abraham Lincoln’s second inaugural address.

Other featured artists & friends include the virtuoso Spanish guitarist Pablo Sáinz Villegas on a delicate cello/guitar arrangement of “A Prayer for Peace” from the movie “Munich,” and Boston Symphony Orchestra harpist Jessica Zhou on “Highwood’s Ghost.” 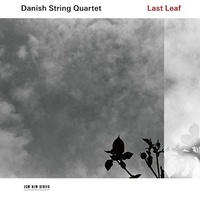