If any label has the means to exploit its catalog, it's Rounder, and in its Perfect Ten series, the label picked ten of its best-known artists and chose representative selections from what they issued. Most of these artists -- Ruth Brown, Ted Hawkins, Clarence "Gatemouth" Brown, Loudon Wainwright III, Solomon Burke, Duke Robillard, Mississippi John Hurt, Johnny Copeland, Tracy Nelson, as well as the subject of this collection, the great Johnny Adams -- did record better material elsewhere, but the sides chosen do capture them at particular and sometimes poignant and important places in their careers.

This set by Adams is unusual in that it covers not his signature rhythm & blues and soul shouting styles -- those he is by far best known for -- but his wonderfully articulate dip into jazz in the mid-'90s. These cuts are culled from three albums cut between 1993 and 1996, all of which were recorded in New Orleans and feature many excellent studio sidemen, among them Dr. Lonnie Smith on the B-3, Donald Harrison on alto saxophone, the great soul-jazz guitarist Jimmy Ponder, tenor boss Houston Person, Harry Connick, Jr., and baritone saxophonist Kidd Jordan, to name a few.

The arrangements on a pair of these cuts -- "Come Rain or Come Shine" and "Good Morning Heartache" -- were handled by Crescent City legend Wardell Quezergue. This set walks a beautiful line between blues, jazz, and a soulful kind of swing. While it may not be representative of the rest of Adams career, it is a wonderful departure and well worth checking out. 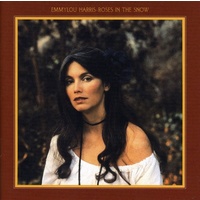