The selection here is at once so obvious and so inappropriate it feels redemptive —as if that old softy Rick Rubin gently advised his fast-failing charge that if there was ever a song he wanted to sing he’d better not put it off till next time, ’cause there probably wasn’t gonna be one.

In fact this is Cash’s second “Danny Boy,” just his first croaky one (at the Kettle of Fish in heaven, Dave Van Ronk is mad he didn’t do one first). He’s recorded the evil-minded campfire chestnut “Sam Hall” before too. But Cash kills “In My Life” as hard as he kills Depeche Mode and Nine Inch Nails, and though upon reflection Ewan MacColl wrote “First Time Ever I Saw Your Face,” you’d have thought Roberta Flack defolkified it forever until Cash got his heart on it.

from the Village Voice 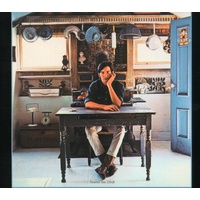