Johnny Iguana toured with Junior Wells and Otis Rush and recorded with Buddy Guy and James Cotton. He's played piano with the best, and this is his first blues album as a leader. Johnny grew up on Erik Satie, Raymond Scott and Mike Watt as much as Otis Spann and Johnny Jones. His own compositions here-with the blues classics and a bevy of Chicago blues greats-inhabit the space of Spann, Sunnyland and Big Maceo but also busting the blues box open with new adventures in soulful surrealism. Ripples of punk, soul, jazz, classical - Johnny has drunk from these waters. But this is a blues album. It's Johnny Iguana's Chicago Spectacular! 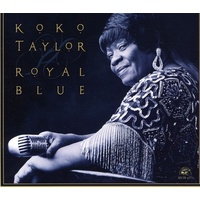