"This is an illuminating series of three different sessions from the mid-'50s, where J.R. Monterose surrounds himself with crack players: Charles Mingus, Doug Watkins, Kenny Clarke, Jo Jones, Teddy Charles, Eddie Costa, Joe Puma, Ralph Sharon, and others. The sets are all groovin'-high treatments of everything from hard bop tunes of the era to an set of mostly Rodgers & Hart tunes completely turned upside down lyrically, harmonically, and rhythmically. Mingus, Clarke, Puma, Charles, and Sharon were the band for these cuts. While it begins with a Sharon original, it quickly moves into something wholly different. Mingus is waxing elegant here, invoking the Duke Ellington dictum of transforming everything into something else that's newer and brighter. On "Have You Met Miss Jones," Monterose gives the bassist the nod and he strolls out the melody, accenting it differently on every fourth beat; the saxophonist fills the middles with ostinato and Charles dances around the perimeter of Sharon and Clarke. On Gershwin's "Love Walked In," Sharon and Charles lead the front line, sweeping through the changes at a brisk but not bop pace for the entire melody before Charles solos his ass off on the chorus. Next it's Puma and Sharon, before Mingus and Monterose wax sweetly and loosely with the melody, stretching it to the breaking point before the vibes and piano come in to the rescue brilliant. The entire record is virtually spotless and the production job is top-notch. This is a welcome and necessary document in Monterose's discography." 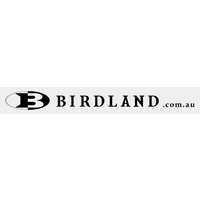